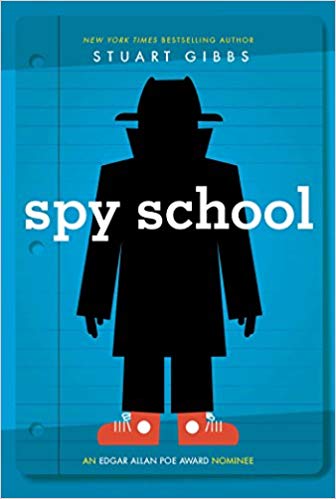 Ben has always dreamed of being a CIA agent, to him there is no other job worth pursuing. However, Ben is very awkward, and he knows it. His lack of communication skills is not enough to get him recruited to the CIA, but he can dream. Until one day, Alexander Hale recruits him for an intense magnet school focused on science. Surprised, Ben realizes that the school is actually a front for a CIA training academy! When he realizes that it is a mistake that Ben is there, he is willing to do anything that he can to stay enrolled.

Ben Ripley: Ben is more of a nerdy guy. Once he is enrolled into the Spy School he gains more muscle, but he always holds brain to a higher standard than brawn. He is friendly and honest, and his witty side is shown when he talks back to the principal of the school.

Alexander Hale: Alexander Hale is known as an ideal spy to almost everyone in the CIA. He is the man that brings Ben to the CIA when Ben comes home one day and finds him in his room. He is constantly trying to impress his father, Cyrus, and as the story goes on it comes to light that Alexander may have more secrets than just being in the CIA.