The Name of This Book is Secret | A Scattered Books Summary 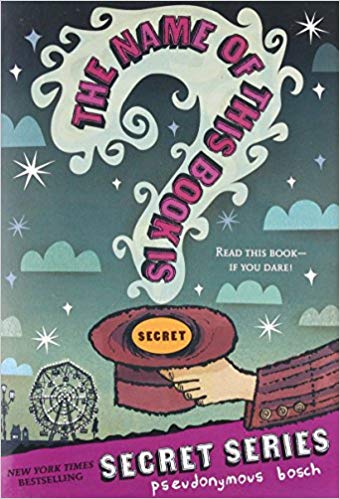 The Name of this Book is Secret by Pseudonymous Bosch

Best friends Cass and Max-Ernest have dedicated themselves to a secret society that is determined to uncover and protect The Secret. When a real estate agent for the deceased drops off a mysterious box known as the Symphony of Smells as Cass’ house, the two best friends set off on an investigation to figure out what happened to the magician that owned the box, Pietro Bergamo.

Cass: Cass, short for Cassandra, is a survivalist. She lives with her mom, as she doesn’t know if her dad is alive or not (or even where he is if he’s alive), and they are always prepared for the worst. She has dedicated her life to a secret society that wants to uncover and protect The Secret.

Max-Ernest: Max-Ernest is Cass’ best friend who is also part of the secret society that wants to uncover and protect The Secret. His parents are divorced, but they live in the same house as they want Max-Ernest to have a normal childhood. Max-Ernest also wants to be a comedian or magician, however his jokes often fall flat.

Reviews for The Name of This Book Is Secret:

Pseudonymous Bosch is the infamously anonymous author of the New York Times bestselling Secret Series and the Bad Books. Despite rumors to the contrary, his books are not actually written by his pet rabbit, Quiche; the rabbit is merely his typist.